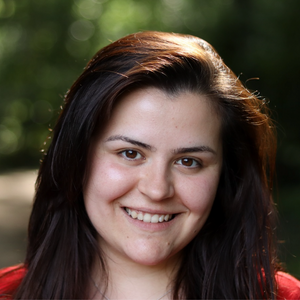 People have used pills to treat illnesses for hundreds of years, with some references even dating back to ancient Egypt. It was not until the 19th century, however, that the pharmaceutical tableting process was significantly modernized by William Brockedon and his machine patented for “Shaping Pills, Lozenges and Black Lead by Pressure in Dies”, which could compress powder into a tablet (Ref. 1). Today, powder compaction is widely used in the pharmaceutical industry due to its high flexibility, high material utilization, and better control over quality than other manufacturing methods.

In this blog post, we will explore the pharmaceutical tableting process using the Capped Drucker-Prager model available as of version 6.0 of the COMSOL Multiphysics® software. 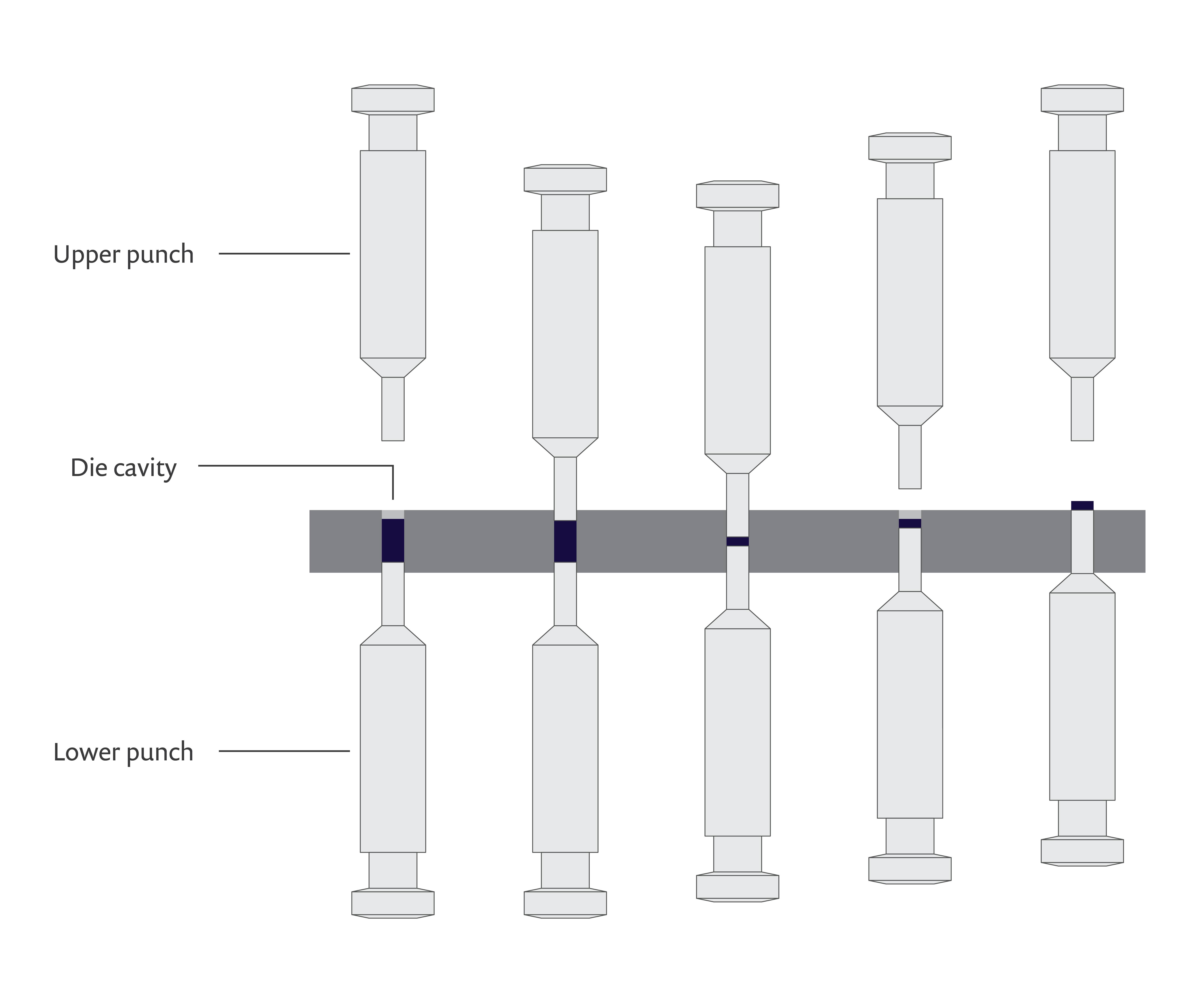 A schematic of the pharmaceutical tablet manufacturing process.

Using the Capped Drucker-Prager model, we will examine the compaction stage, evaluating the stress, strain, and density distributions of the mold as well as the effect of the punch force on axial compaction.

The constitutive material models used for finite element analysis of powder compaction processes can be divided into two main types:

Note: If you are interested in learning how to simulate aluminum powder compaction using the Fleck-Kuhn-McMeeking and Gurson-Tvergaard-Needleman models in COMSOL Multiphysics, check out this blog post: Simulating Powder Compaction with Porous Plasticity Models.

Using the Nonlinear Structural Materials Module, an add-on to either the Structural Mechanics Module or the MEMS Module , we can begin our analysis by defining the geometry. The model geometry includes the workpiece — in our case, the microcrystalline cellulose (MCC) — and the die. The two punches that we need for the model setup are a fixed lower punch and an upper moving punch. The lower punch is modeled as a fixed axial displacement on the bottom boundary of the workpiece, and the upper punch is modeled by a prescribed displacement in the axial direction. Due to the rigid character of the die, it is not modeled explicitly.

More information on the setup of this model is available in the model’s documentation. For the purposes of this blog post, however, we will jump right into the simulation results. 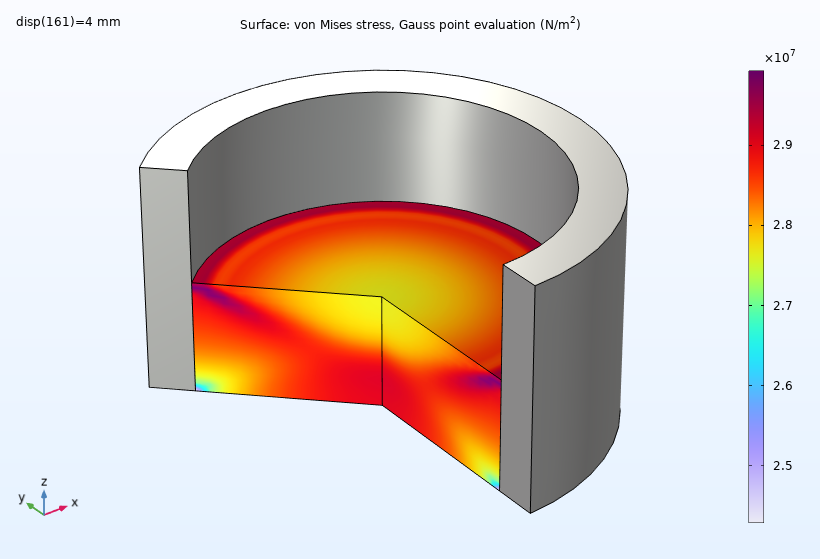 The von Mises stress at the end of the compaction process. 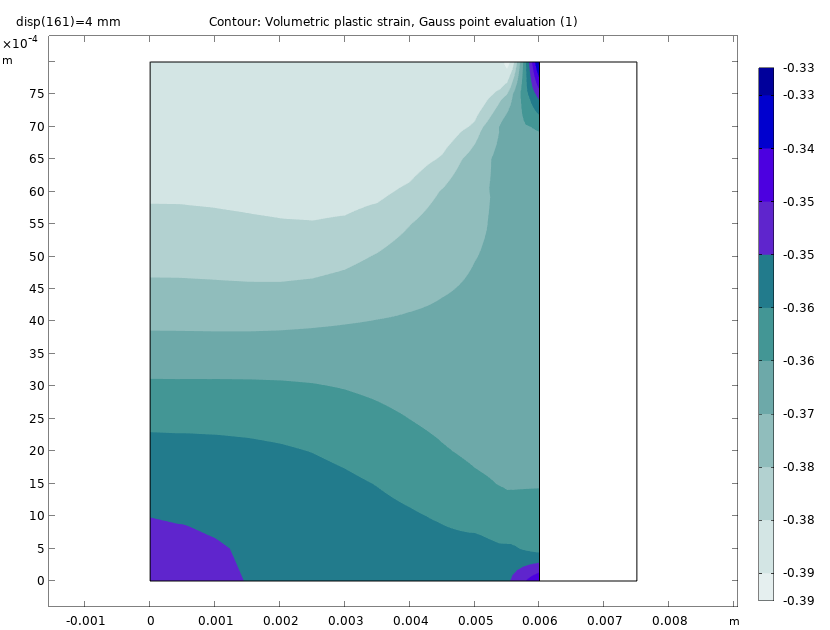 Volumetric plastic strain at the end of the compaction process.

The relative density distribution at different stages of the compaction can also be easily evaluated. Throughout all stages of compaction, the high density zone forms at the top end while a low density zone forms at the bottom end until the density reaches the final density of the tablet at the end of the tableting process. A nonuniform density can be observed in the powder mold due to the friction. 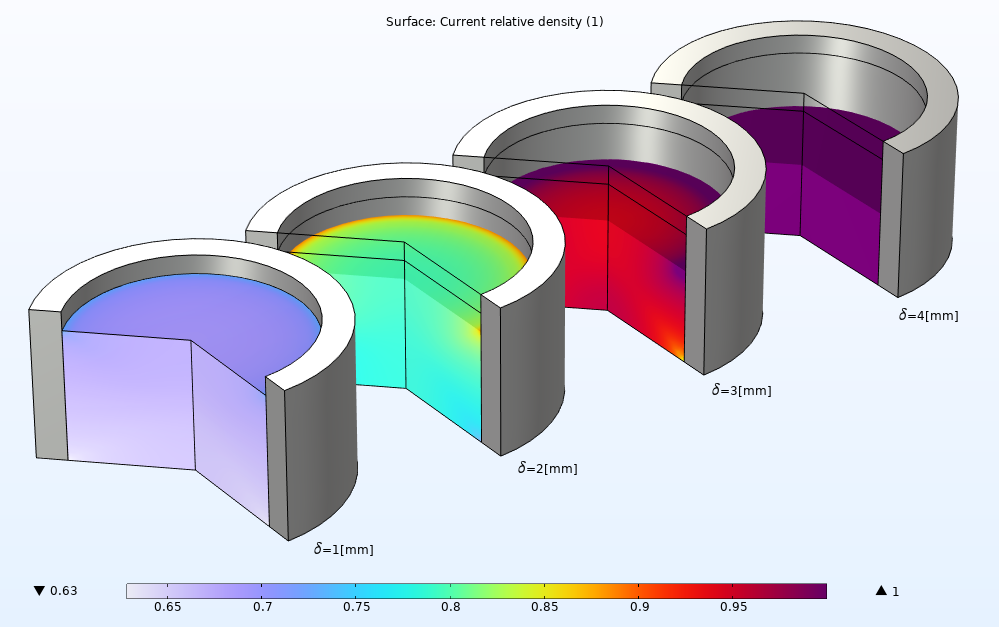 An array of four powder compaction plots showing the relative density at different stages of a pharmaceutical tableting process.

Lastly, our simulation results also show the punch forces versus the axial compaction in the powder compaction process. We see that the yielding occurs at the very early stages of the process. 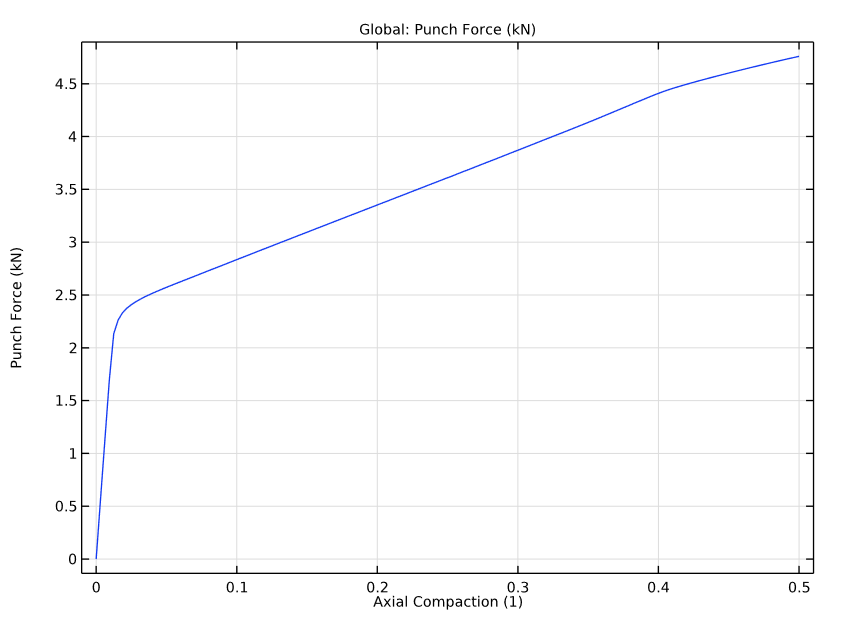 The History and Science Behind Vinyl Records