“Now more than ever” is a cliché, but when it comes to accounting for thermal expansion in structures, it actually applies — emphasis on the “now”. Extreme heat waves around the world are partly to blame for (among other issues) the collapse and failure of bridge girders, for example. Beam analysis software is one way for civil engineers to stay a step ahead of the problem.

On a global scale, heat waves, periods of excessively hot weather, are becoming more common than ever. In fact, nine out of the ten warmest years on record have occurred since 2005. More recently, there were extreme heat waves in 2019 in Australia, Europe, India, Japan, and the U.S.

Bridge girder failure is partly caused by these extremely hot temperatures. Intense heat causes thermal expansion in bridges, which then leads to distortion and potential collapse in the structures. One solution to the problem of thermal expansion is expansion joints, which give bridges room to expand and contract with extreme high and low temperatures. 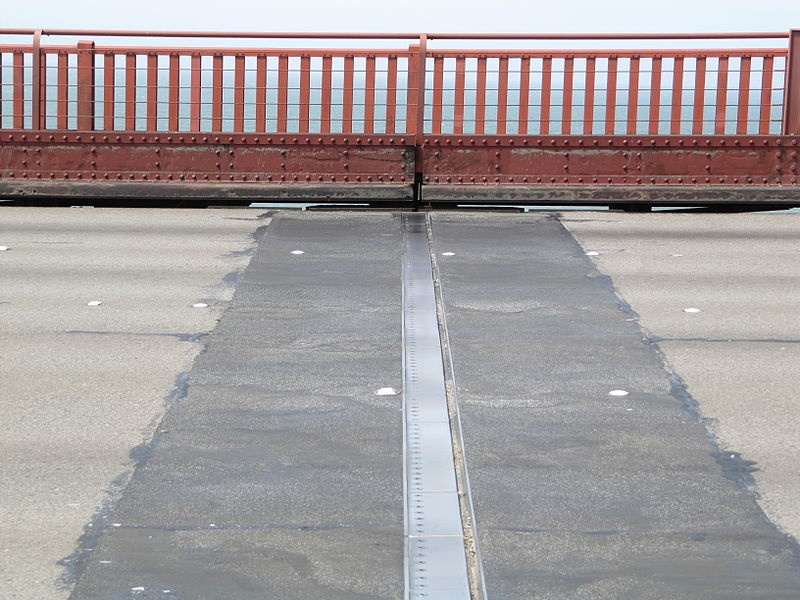 An expansion joint on the Golden Gate Bridge in San Francisco, California. Image by Michiel1972 — Own work. Licensed under CC BY-SA 3.0, via Wikimedia Commons.

Take this example of a portal crane model. Portal cranes, also called gantry cranes, are often used in shipping and receiving stations due to their ability to handle heavy loads. (Although this example models a crane, the information can be applied to bridges and a wide variety of other structures.) 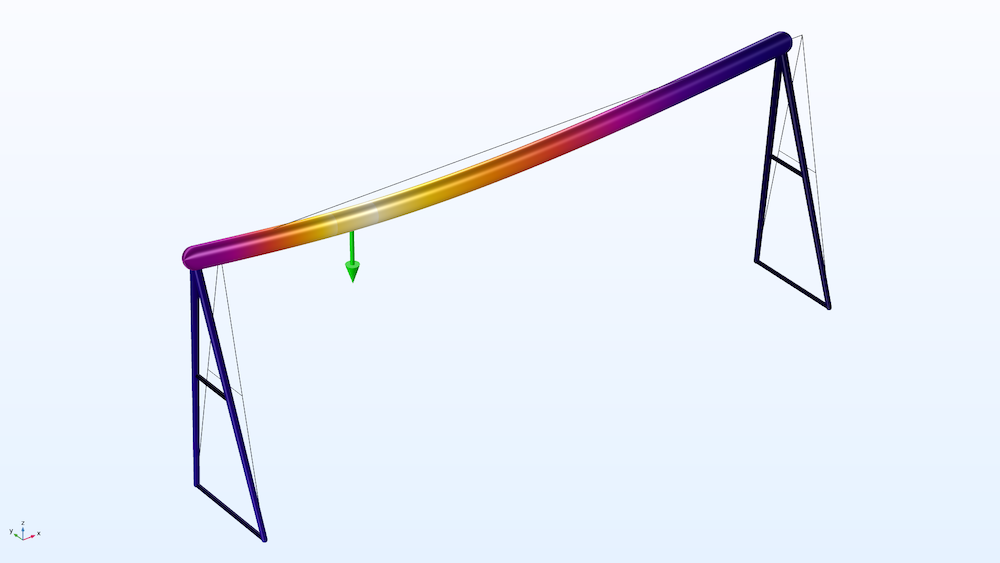 Deflection and stress in a portal crane.

In the COMSOL® software, you can model stresses in the crane under three different load cases:

The Beam interface in the Structural Mechanics Module enables you to specify that the model includes two (or more) edges that meet in a point and have disconnected degrees of freedom. By adding a Beam End Release node to the model, you can add an internal hinge to the frame of the portal crane and specify the point where there is a discontinuity.

The Settings window for the Beam End Release feature, available as of COMSOL Multiphysics version 5.5.

By adding a hinge joint to the portal crane model, we can see how effective it is at accommodating thermal expansion caused by extreme heat. The Beam End Release node can also be used to model expansion joints in a bridge, as discussed earlier.

Modeling thermal expansion in a portal crane, building, or bridge enables civil engineers to design safer and more reliable structures, which is especially important in a world with rising temperatures.

Click the button below to get the Stress Analysis of a Portal Crane tutorial model and try out the Beam End Release feature. (To download the MPH-file, you need to be logged into your COMSOL Access account and have a valid software license.)

How to Model a Hall Effect Sensor with COMSOL Multiphysics®