German mathematician, physicist, and astronomer Friedrich Wilhelm Bessel began his career at a commercial firm, but eventually felt drawn to study the stars. His change in career led to methods of measurement and observation that brought the field of astronomy to an entirely new level of precision and accuracy.

Dreaming of Travel and the Stars

Friedrich Bessel was born on July 22, 1784, in Minden, Germany. At the age of 15, Bessel started an apprenticeship at an export-import firm. Outside of his job, he studied a number of languages and dreamt of travel and learning about other cultures. His interest in the principles of navigation led him to the subjects of mathematics and astronomy. 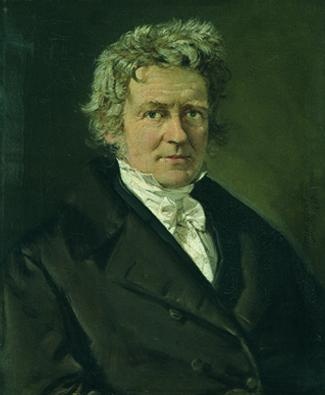 A portrait of Friedrich Wilhelm Bessel by Danish painter Christian Albrecht Jensen. This work is in the public domain in its country of origin and other countries and areas where the copyright term is the author’s life plus 100 years or less. Image via Wikimedia Commons.

In 1804, Bessel wrote a paper about Halley’s Comet in which he calculated its orbit based on previous observations. He sent the paper to Wilhelm Olbers, who was so impressed by Bessel’s work that he not only published the paper but also offered him a position as an assistant at the Lilienthal Observatory, working for celebrated lunar observer J.H. Schröter. Bessel knew that remaining with the export-import firm could offer him a more comfortable life than that of an astronomer, but ultimately he chose to work at the observatory. This decision would have a great impact on positional astronomy.

Bessel was appointed a professor of astronomy at the University of Königsberg in 1810. In the years prior, Bessel aided in the construction of the university’s observatory, the first of its kind in Germany. As a professor, Bessel directed the observatory through its completion. However, this was not Bessel’s sole focus while at the university. He had a passion for and commitment to methodizing the science of astronomical observations, leading him to precisely measure a number of stars and celestial bodies. His methods forever changed the field of astronomy and are still in use today.

The Works of Professor Friedrich Bessel

Though he taught at the University of Königsberg until his death in 1846, Friedrich Bessel also made a great impact in scientific research — primarily astronomy.

In 1826, Bessel published a correction to the seconds of a pendulum. From 1831 to 1832, he directed geodetical measurements of meridian arcs in East Prussia. In 1841, he found that the ellipticity of Earth was 1/299. Bessel was also the first to make use of a heliometer to find precise measurements of the positions and movement of nearby stars. 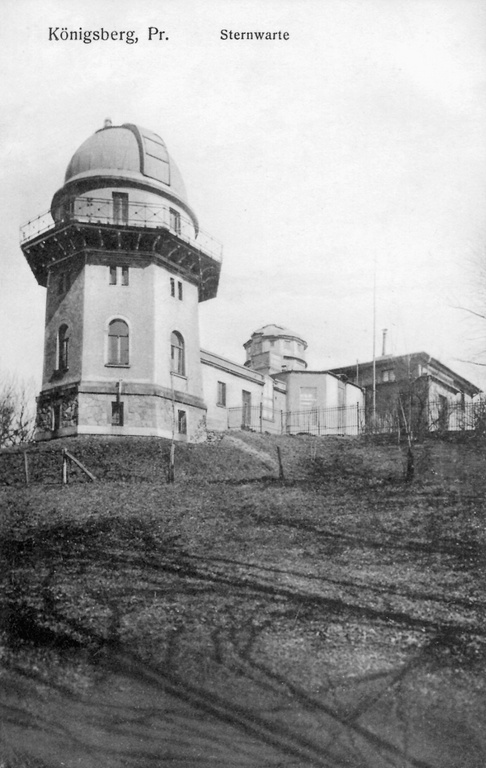 The Königsberg Observatory, which Bessel helped build and eventually oversaw during his role as a professor of astronomy. This work is in the public domain in its country of origin and other countries and areas where the copyright term is the author’s life plus 100 years or less. Image via Wikimedia Commons.

Bessel’s contributions to astronomy established a necessary standard for measuring stars and other bodies and led to a framework for the observation of the universe as a whole. His work opened the door to not only more accurate findings but also further advancements in the field.

In 1838, Bessel showed that the star 61 Cygni moved in an ellipse every year. This tracked motion, called the annual parallax, was determined to be caused by the motion of Earth around the Sun. While astronomers were aware of this effect, Bessel was the first to demonstrate it accurately. The correction for this star is one of many instances in which Bessel reevaluated a measurement and produced more precise observations overall.

Other Major Discoveries and Bessel’s Legacy

Friedrich Bessel made essential contributions to positional astronomy, laying the foundations for the size and movement of stars, galaxies, and the universe itself.

One example is Bessel functions. In 1817, Bessel studied the motion of three individual bodies that moved under one singular gravitation. He later developed these functions to work with the treatment of planetary perturbations. 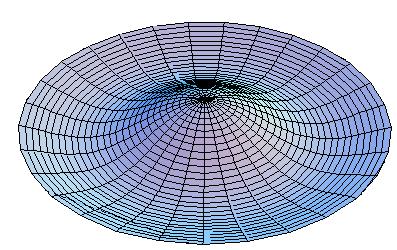 An example of a Bessel function shown via the vibration mode of a drum. Image in the public domain via Wikimedia Commons.

In the course of his work, Bessel made a number of discoveries for star movement and planetary existence, including codiscovering the planet Neptune. In 1840, while studying irregularities in the orbit of Uranus, Bessel surmised that there was an unknown planet beyond Uranus’s orbit. This endeavor, along with a few others, was confirmed posthumously. Ultimately, we owe our initial understanding for the scale of the universe to Bessel’s efforts.

Let’s all wish Friedrich Bessel a happy birthday and, in his honor, go do some stargazing!